AccessMatters believes that health care is a human right and no one should be discriminated against or denied critical health care, including sexual and reproductive health, on the basis of gender identity,  sexual orientation, or for any other reason. On Friday, the same day that we learned of the brutal death of Black trans woman and Philadelphian Dominique “Rem’mie” Fells and marked the sixth anniversary of the mass shooting at the Pulse nightclub in Orlando, the U.S. Department of Health and Human Services announced a final rule removing discrimination protections for transgender people in the Health Care Rights Law. The rule no longer protects gender identity as a form of sex discrimination in health care settings, threatening the health care of transgender people across the country. We condemn this discriminatory denial of health care rights for transgender people

The timing of this discriminatory move – in the midst of Pride Month and a still raging global pandemic – is particularly hateful and dangerous. AccessMatters will fight against this rule and any other policy that restricts access to health care and infringes on people’s human rights.

Yesterday, on the heels of the devastating announcement from HHS, the U.S. Supreme Court ruled to protect workers from being terminated for identifying as LGBTQ. As we underscore our commitment to protect the rights of the LGBTQ community and condemn the move to remove discrimination protections in health care, we applaud this decision and celebrate this important victory for worker and LGBTQ rights in this country.

While the SCOTUS ruling is a major step in the right direction to ensure the civil rights of the LGBTQ community are protected, Friday’s announcement from HHS magnifies the need to continue our collective fight against injustice for transgender people. We remain committed to fighting for justice for all LGBTQ people, particularly those who are affected by multiple systems of oppression due to their intersecting identities.

4 days ago
“Stepping away doesn't mean that you're giving up.” Anxiety is a very real part of participating in peaceful protes… https://t.co/B5PDmCZTnk
4 days ago
Nickelodeon continues the celebration of #PrideMonth2020 by honoring characters on the Network (including Spongebob… https://t.co/Z1eI3qkMD4
6 days ago
RT @Generocity: So much is changing right now...but knowing your HIV status is life as we know it. Receive your FREE HIV Home Self… https://t.co/Ys7j2g9dB0
7 days ago
As #StayAtHome orders are lifted throughout the country, many have questions about #Covid19 #SocialDistancing and c… https://t.co/ysywIUeQuR
7 days ago
Prevention is possible. Care is available. Just text “GoTest” to 66746. #HIVAwareness https://t.co/o6zkhIGmVE 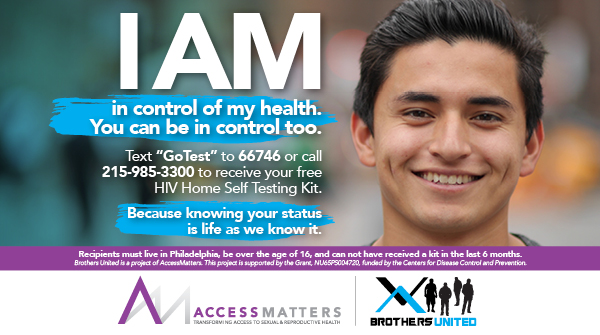